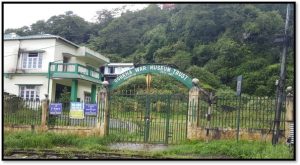 Outside of the museum gates at Ghoom pahar when the author visited in 2019.  Unfortunately, it was closed for the winter.

The first of its kind Gorkha War Museum is being built outside of Darjeeling town, in close proximity to the Gorkha War Memorial at Ghoom Batase Loop. The museum is expected to be inaugurated soon. The project is the brainchild of Mr Hemant Kumar Pradhan, a local resident who happens to be the collector, founder and president of the Gorkha War Museum Trust. His late father was Subedar Ram Chandra Pradhan who served in the Royal Indian Army Service Corps. The years since have seen a lot of work and effort put in by Pradhan and the Museum’s Trust members building this unique attraction which is also supported by the *Gorkhaland Territorial Administration of Darjeeling and the Government of West Bengal, India. Mr Pradhan, over the past forty years, has accumulated a significant collection of military artefacts such as accoutrements, uniforms, medals, insignia, badges, flags, equipment, photographs and souvenir items associated with both the Indian and British army Gurkhas. Within collections are some 200 medals from the First and Second World Wars, including IGSM Samana Clasp (1891); Tibet Medal (1903-04); Abor (Assam) Expedition Medal (1911-12) and Japanese WW2 Army Officers swords. Although India had new battle heroes to celebrate after independence, some of the old uniforms, battlefield objects, dusty photographs and war documents exhibited serves as a poignant reminder about the military contributions of the old Indian Army Gurkha soldiers during the two world wars.
The foundation stone for the museum was laid by Mr Jaswant Singh, then a Member of Parliament representing the Darjeeling constituency after winning election there in 2009. Since then the project had been steadily progressing albeit at a snail’s pace. In 2016, during his visit to ex-servicemen in Darjeeling, the then Col BG had also taken some time in observing the building development of the site for the museum where he met up with Mr Pradhan and planted a tree outside. The two storey building houses a display of artefacts in chronological order depicting the history of both the Indian Gorkhas and the British Gurkha Regiments. A viewing deck is built on the terrace from where visitors can view Darjeeling town and its beautiful surrounding areas with Mount Kanchenjunga range against the backdrop.
The museum’s idea is to make people and visitors coming to the Hills aware of the rich history and heritage of the region as well as to provide information about the Indian Gorkha community and their contributions to the country living there. Definitely well worth stop and visit if one happens to be in the area. [Afternote: If anyone would like to donate their military items of any kind to the museum, he would be delighted to receive them].

*There is still present the Gorkhaland movement, a campaign to create a separate state of Gorkhaland for the Nepalese speaking population in West Bengal’s Darjeeling district. The Gorkhas living in the Darjeeling Hills have been demanding for separation from West Bengal (which is now a century old) on the grounds that they are culturally, ethnically different from West Bengal. The demand for separate statehood has since taken wider shape and now includes all Nepali speaking Gorkha citizens of India across the country (also known as Indian Gorkhas) making Darjeeling as the Centre of the movement. The term “Indian Gorkha” is used to differentiate the ethnic Gorkha citizens of India from the citizens of Nepal. If so, here’s where all Gorkhas are Nepali but not every Nepali are Gorkhas, you’re sort of betwixt and between! 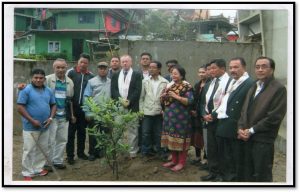 Visit by the then Colonel BG, Colonel James Robinson, in 2016. 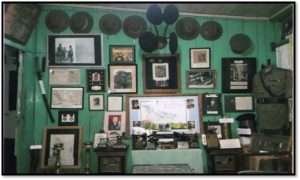 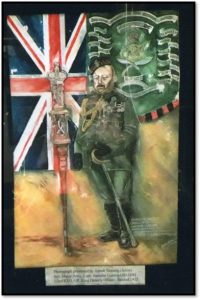 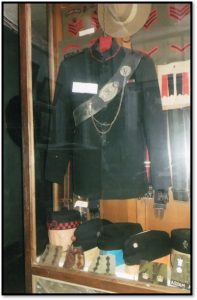 2GR No 1 Dress jacket and hats – not sure whose they were! 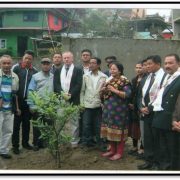 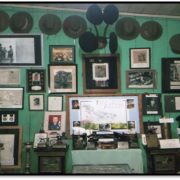 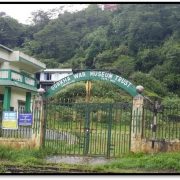 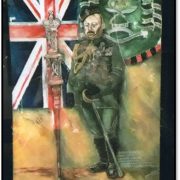 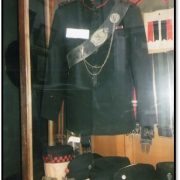