At the request of Major H Ramsay, Commissioner of Kumaon and Garhwal and Political Agent for Tehri, the Sirmoor Battalion sent 2 Gurkha Officers and 114 Rank and File under Lieutenant Macintyre to the village of Tao in order to deal with reports of ‘certain disaffected and influential natives who had incited villagers not to pay in any revenue‘. Fortunately the presence of an armed military force was sufficient to persuade the ringleaders to surrender to Major Ramsay. 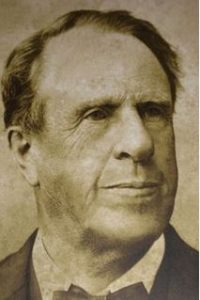 Major Henry Ramsay, who eventually retired as Commissioner for Kumaon and Garhwal in 1884, having been promoted to General and awarded a knighthood.