The 2nd Goorkhas embarked on the SS St.Osythe at Bombay. It was not until they got to Suez that sealed orders were opened and they discovered they were part of a 7000-strong Malta Expeditionary Force, sent to support Turkey against a continuing threat from Russia following the Russo-Turkish War. They arrived in late May and camped on the glacis of Fort Manoel, facing Sliema. In July they were shipped to Cyprus, again on the Osyth, and stayed there a month, before being taken back to India having seen no action. 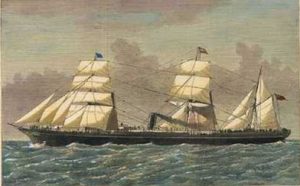