Lieutenant General Sir Herbert Taylor Macpherson VC, Commander in Chief Madras, died in Burma. He had been Commandant of The Sirmoor Rifles from 1862 to 1876 and was described as a man ‘whom everyone had looked upon during his service with the Sirmoor Rifles as a real friend’. He had won his VC during the Indian Mutiny at Lucknow. His sons, Duncan and Neil, also served in the Regiment. 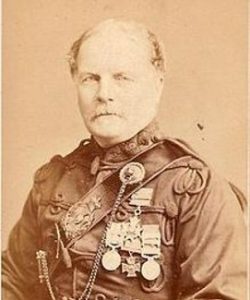