A reminiscence by Lieutenant Colonel LW Shakespear: ‘In 1891 there were a great number of thefts in barracks. The thief was caught and courtmartialled, found guilty and sentenced to be flogged by the Bugle Major in front of the Battalion and dishonourably discharged from the Army. This was probably the last occasion such a punishment was carried out in the Regiment.’ 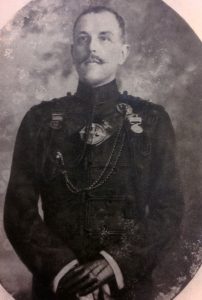