The march down the Bara Valley (in Tirah) by 3rd Brigade, of which the 1st Battalion was a part, was extremely arduous because incessant heavy rain had caused the river level to become dangerously high. It had also snowed heavily on the neighbouring hills. The road lay along the river bed and through the fields bordering it which had recently been ploughed and become heavy and slippery. 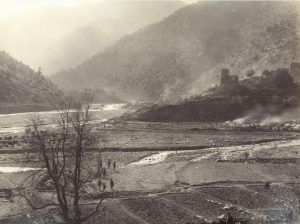 In the driving rain the enemy continued to harass the rear guard and exploit the open ground between 3rd and 4th Brigades. The baggage train soon became spread out. Many drivers lost their way and in the bitter cold allowed their animals to go astray as they themselves sought the safety of the camp at Sher Khel. Four and a half companies of the 1st Battalion under Captain Norie, two from the Gordon Highlanders and one from the 2nd Punjab Infantry failed to reach camp by nightfall because they had to carry so many wounded. Indeed Captain Norie himself became a casualty while helping a stretcher bearer when his left arm was shattered. It had to be amputated the following day. 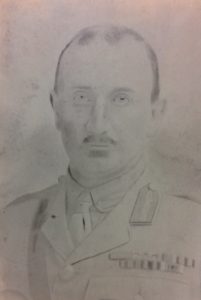 Norie as a Brigadier General.   He commanded the 1st Battalion in France in 1914 and later in the First World War commanded brigades in France, Mesopotamia and India before retiring as a Major General.