Lieutenant General Sir Arthur Power Palmer, the General Officer Commanding 2nd Division, inspected the 1st Battalion at Bara, in Tirah on the North-West Frontier. He reported: ‘I have heard this Battalion well spoken of on all sides for the good work it has done during the recent campaign. The 2nd Goorkhas is a regiment with a great reputation and in Tirah it has not only maintained but added to that reputation.’ During the Tirah campaign the 1st Battalion had 32 contacts with the enemy and taken part in 19 rearguard actions. 30 men had been killed, 4 died of wounds, 18 died of disease and 87 were wounded. 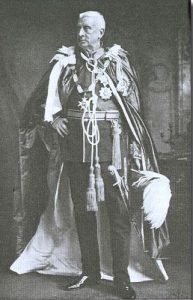 Sir Arthur Power Palmer as a General and Commander-in-Chief India, in about 1900.