General Sir William Lockhart, commander of the Tirah Expedition, in which the 2nd Goorkhas had taken part, reported: ‘I wish to record my high appreciation of the conduct of the British and Native troops serving with the Tirah Expeditionary Force – their losses amounted to 1050 in killed and wounded. They have been subjected to great hardship …..hardly a day or night has passed without casualties and every soldier had to be constantly on the alert against an enemy who made no stand in the open but was unrivalled as a skirmisher and marksman’. 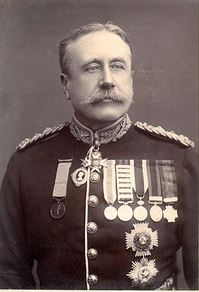