Following a journey by train from Marseilles via Orleans and Calais the 2nd Battalion arrived at Merville in the zone of operations where the men were billeted in two factories. Orders were immediately received to march forward to Vielle Chapelle prior to occupying trenches in the vicinity of the village of Neuve Chapelle which had just been taken by the Germans. 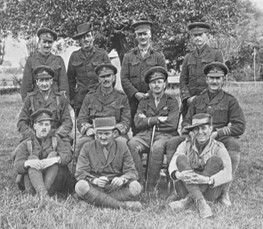