The 1st Battalion War Diary reported from Rustamabad: “News has been received from HQ British Forces North Persia that the Cossacks [allies of the British] had evacuated Resht and retired southwards again. We have received no news of Bolshevik action against the Cossacks at Resht.” 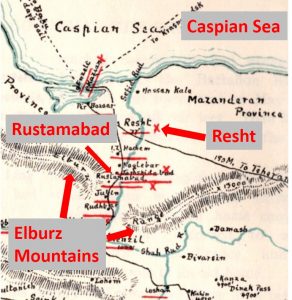