In Dehra Dun, the Regiment’s offices and barracks were a mile uphill from the Officers’ Mess. Two subalterns had bought a dog cart and used an old polo pony to drag them back and forth, the ensemble being driven by a locally-employed civilian called Haki Khan dressed in Regimental livery. One day the overfed pony took off, throwing Haki Khan from his seat, and charged across the grass Parade Ground scattering squads of soldiers and careering through a children’s playground. The horse and cart eventually ended up in a hedge. The pony was returned to polo and the trap was sold. 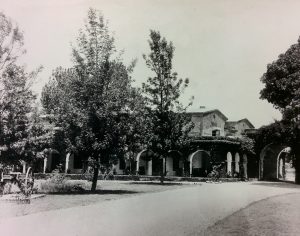