Lieutenant Colonel William Gough relinquished command of the 2nd Battalion to raise the first unit of paratroopers in India, and was promoted to command 50 Indian Parachute Brigade.  He was described as a forward thinker and one the most aggressive and dynamic officers of Regiment.  The 2nd Battalion volunteered en masse to go with him for this specialist training (not least because of the significant increase in pay) but the offer was not accepted by the military authorities.  However A and B Companies of 153 Gurkha Parachute Battalion, which was later deployed in Burma, consisted of officers and men from the 2nd Goorkhas and the Battalion was commanded by another 2nd Goorkha, Lieutenant Colonel F J Loftus-Tottenham. 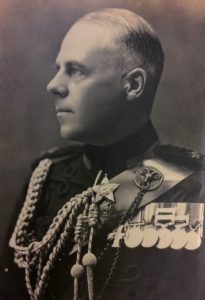