Subedar Major Hari Sing Bohra IOM of the 2nd Battalion died of horrific injuries sustained by repeated beatings by his Japanese captors in Singapore, which eventually left him blind. Loyal to his British officers and to the Regiment, he refused to agree to Japanese demands to recruit Gurkhas into the Indian National Army and none did so. Inspired by his devotion and loyalty his soldiers stayed true to their salt and set the highest standards of discipline and morale in dreadful conditions. This gallant officer was posthumously awarded the Indian Order of Merit First Class for his courageous self-sacrifice. 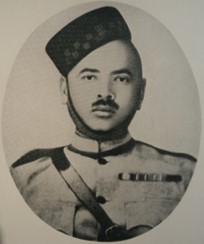