Lieutenant General Sir Francis Tuker became Colonel of the Regiment, serving until 20 March 1956. General Tuker had commanded the 1st Battalion from 1937-1939 and was the General Officer Commanding 4th Indian Division, of which the 1st Battalion was a part, in North Africa and Italy from 1941-44. 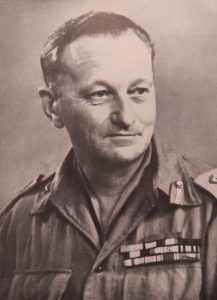