B Company of the 1st Battalion, led by Major Peter Richardson, came across a Communist Terrorist (CT) camp near Labis in Malaya. After a fierce fight 35 CTs were killed, the highest achieved in a single action during the whole 10 years of the Emergency. Major Richardson was awarded the Distinguished Service Order and his Company Sergeant Major, Bhimbahadur Pun, the Distinguished Conduct Medal, the first such award to a Gurkha after they became eligible for it in 1948. 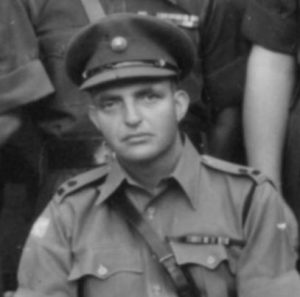