Major General L H O Pugh became Colonel of the Regiment, serving until 20 March 1969.  General Pugh had not served with the Regiment (he was in the Royal Artillery) but had spent much of his time in India and commanded 26th Gurkha Infantry Brigade in Malaya. 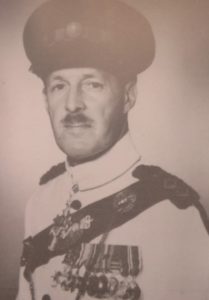