Honorary Lieutenant Kishanbahadur Thapa MBE IDSM died. He had joined the Regiment in 1930 and spent most of the Second World War in Japanese captivity, later becoming Gurkha Major of the 2nd Battalion. His Commandant, Colonel Nick Neill, said ‘He was just and fair and as a result, greatly loved and admired by all who knew him. His advice when sought was immediately given and what is more it would always be accurate and to the point. Kishnabahadur saw things in black and white; for him, there were never any shades of grey.‘ 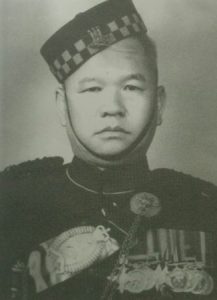