Field Marshal Sir John Chapple, Colonel of the Regiment 1986-1994, died at the age of 90.  He was the first and only 2nd Goorkha to have become a Field Marshal.  In his long and illustrious career he served on operations in Malaya, commanded the 1st Battalion, was Commander British Forces Hong Kong, and Chief of the General Staff.  He was later Governor General of Gibraltar. 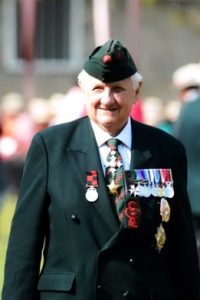 Field Marshal Chapple at the 2015 Sirmoor Durbar in Pokhara