General Sir Archdale Wilson, commanding the troops that had overcome the mutineers in Delhi, wrote to the Adjutant General of the Army: ‘I cannot refrain from bringing to the notice of Major General Gowan, with a view to the same being submitted to HE the C in C in India, and through him to the Supreme Govt, the admiration with which I, as well as the whole force have viewed the gallantry of this noble officer (Major C Reid), who, with the gallant band under him, has held the important post entrusted to his command with the aid of the 60th Rifles, his own regiment, the Sirmoor Rifles, and the Guides Corps, assisted by detachments of other corps. This officer has from the 8th June sustained and defeated 26 separate attacks upon his position up to 6 August, and from that date to the present has withstood constant and worrying attacks day and night by both infantry and artillery. I have no words to express my admiration of the endurance and gallantry displayed throughout this long period by Major Reid and the officers and men who served under him. But I now this briefly record my opinion of their merits in the certain hope that Major General Gowan will recommend them to higher authority for the greatest honours which can be bestowed upon them.’ 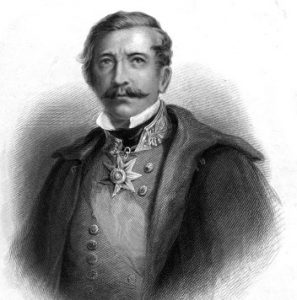