Letter from General Sir Dighton Probyn, Controller and Treasurer to HRH The Prince of Wales, Honorary Colonel of the Regiment, to the Commandant of the 1st Battalion: ‘Dear Colonel Travers, I write by direction of the Prince of Wales to assure you, and to ask you to make known to the British and Native officers, NCOs and men of the 2nd Goorkhas with what interest His Royal Highness has read and heard of the heroism, loyalty, devotion displayed by his Regiment during the late campaign on the North West Frontier of India [The Tirah Campaign]. The Sirmoor Rifles, ever since the creation of the Regiment in 1815, His Royal Highness knows, has borne a name for gallantry ,devotion and loyalty to the Sovereign second to none in Her Majesty’s Army. The distinction which it gained at the memorable siege of Delhi in 1857 and again in Afghanistan in 1879-80, has, if possible, His Royal Highness considers, been still further increased by the splendid conduct of the Regiment during the late operations with the Tirah Expeditionary Force. The Prince of Wales wishes all ranks of both battalions of the Sirmoor Rifles to be informed how highly the conduct of the gallant Goorkhas has been appreciated by The Queen and the whole English nation and how proud His Royal Highness is to be Honorary Colonel of such a distinguished Corps.’ 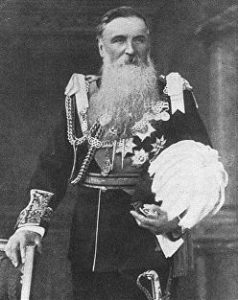