The Regiment was notified that His Majesty King Edward VII had been pleased to designate the Regiment as ‘King Edward’s Own‘. This honour necessitated changes in crest, cross belt badges and buttons, and the Royal cipher now superseded the Prince of Wales’s plumes in prominence (although the latter continued to be worn as the Regiment’s cap badge). Some difficulty was experienced in drawing designs favoured by the Regiment and deemed correct by the College of Heralds, and it was not until 1908 that all was judged correct. 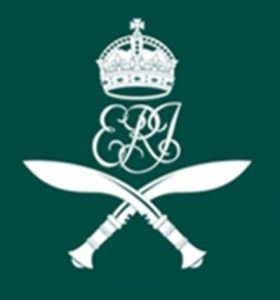