Lieutenant Colonel Edward Sweet commanded the 1st Battalion in Persia and Mesopotamia from April 1916 to 31st December 1920. In an article in the Regimental Journal he wrote ‘Volume 2 [of the Regimental History] covers it but I want to mention two items not quoted there that I am particularly pleased with. The first one concerns our record of not losing a single rifle or blanket from thieving Arabs or Persians who were adept and bold thieves. This was largely due to attaching a length of old field telephone wire to the trigger guard and thence to the Gurkha’s belt, of such length that the rifle could be fired and by day could be wound neatly around the stock. The second concerned the easy recognition of those who had been wounded previously or who had been recommended for good deeds regimentally. This was done by sewing a small red piece of ribbon on the lapel of each man’s coat, which made him not only proud of himself but also easy to recognise when promotion or jobs were going’. 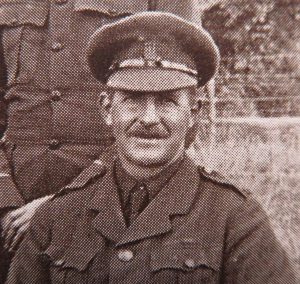