Lieutenant Colonel Francis Tuker assumed permanent command of the 1st Battalion, having been in temporary command since October 1936. The Regiment had taken so many casualties in the First World War that all of the Commandants since 1921 had been seconded officers from other Gurkha and Indian Army Regiments. Francis Tuker was the first home-grown 2nd Goorkha to command a battalion of the Regiment in over 15 years. 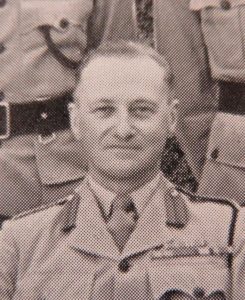 Francis Tuker as a Colonel in February 1940, shortly after completing his tour in command of the 1st Battalion in September 1939.