The 1st Battalion crossed into Iran from Iraq as part of the force sent to defend the Anglo-Iranian oil installations on the Persian Gulf from Persian forces. They reached Khurram Shah on the evening of the 25th August.  The Regimental history reports: ‘The enemy (if the hapless, helpless Iranians could be so described) did not wait for the impact but scuttled into the arms of the 1st/5th Mahrattas on the left flank of the Brigade advance’.  Click here for an account of the campaign. 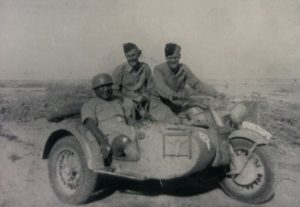