At 07.15 hrs the 2nd Battalion came on parade in Singapore. Major Derek Robertson, the acting Commandant, placed it under command of Subedar Major Hari Sing Bora who led the column to the assigned concentration area before entering captivity under the Japanese. A total of 5 British officers, 5 Gurkha officers and 136 Gurkha Other Ranks lost their lives before they were liberated on 8 September 1945. 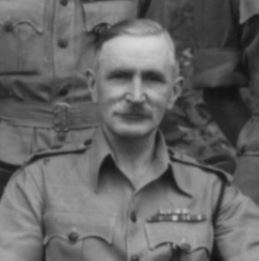 Derek Robertson as a Lieutenant Colonel in 1946