The 3rd Battalion assaulted Point 1433 in Burma, a key feature in the Arakan commanding one of the key lines of communication across the Mayu Range.  The attack required an encircling movement of some 2700m through very dense jungle and across ravines and gorges. The final assault could not be directly supported by artillery or from the air, and it involved a climb over 150m up the mountain side against a strongly-held bunkered position.  Surprise was achieved, and the objective secured after four days fighting but the Battalion had 17 killed and 74 wounded.  The Commandant, Lieutenant Colonel R A Hutton, was awarded the Distinguished Service Order. 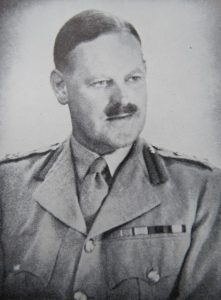 Lieutenant Colonel Hutton (as a Major General in later life)