The Assault Pioneer Platoon of the 1st Battalion had been sent to investigate reports of bandits in the Buloh Kasap area (in the early days of the Malayan Emergency the enemy were referred to as ‘bandits‘, not ‘Communist Terrorists’) but walked into an ambush by some 200 enemy. Despite being heavily outnumbered, Sergeant Manbahadur Pun managed to extricate the platoon with the loss of six Gurkha Other Ranks killed and 4 wounded. He was later awarded the Distinguished Conduct Medal. Revenge was swift: on the 28th May B Company contacted a force of 50 bandits, killing 20 for the loss of 2 Gurkhas. 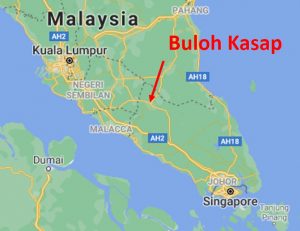