Major T Wimbush of the 1st Battalion, commanding Support Company, and his orderly were killed during an attack on a Communist Terrorist camp in the Jementah area of Malaya. Later a Gurkha Lance Corporal who had been shot in the head in the same action was seen smoking a cigarette in the medical treatment room, having pulled out the bullet himself. 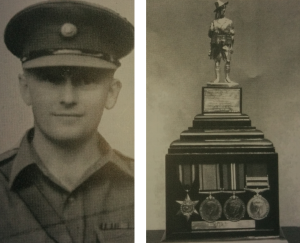 Major T Wimbush and the Wimbush Memorial Trophy, the prize for the best company in the 1st Battalion, purchased with money donated by his parents.