Captain (retired) Julian Parish, late 2GR and a former helicopter pilot in the 2nd Goorkhas Air Platoon, was killed in the Paris air disaster. His family donated a silver statuette of a Gurkha hill runner which was named as The Parish Trophy and subsequently awarded annually to the Rifleman who contributed most to the good name and reputation of the 2nd Battalion. 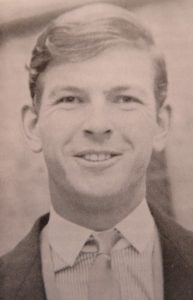