Her Majesty the Queen viewed the Queen’s Truncheon at Buckingham Palace, and by her command the event was recorded with an inscribed silver band on the shaft of the Truncheon. She lunched afterwards with officers of the Regiment in the Officers’ Mess in St James’s Palace. When her Private Secretary had submitted the proposal to Her Majesty she annotated it ‘Delighted…curry ?‘ – and that is what she was served, the feast being prepared personally by the Quartermaster, Captain Samuel George Tamang.  It was later reported ‘It was soon evident that the Queen was out to enjoy herself and intended that we should enjoy ourselves too; an air of informality spread through the room and the first nervous wonderment was gradually replaced by a feeling of warmth and friendliness as conversation and laughter increased’.  Click here for a more detailed description of the Truncheon and its history. 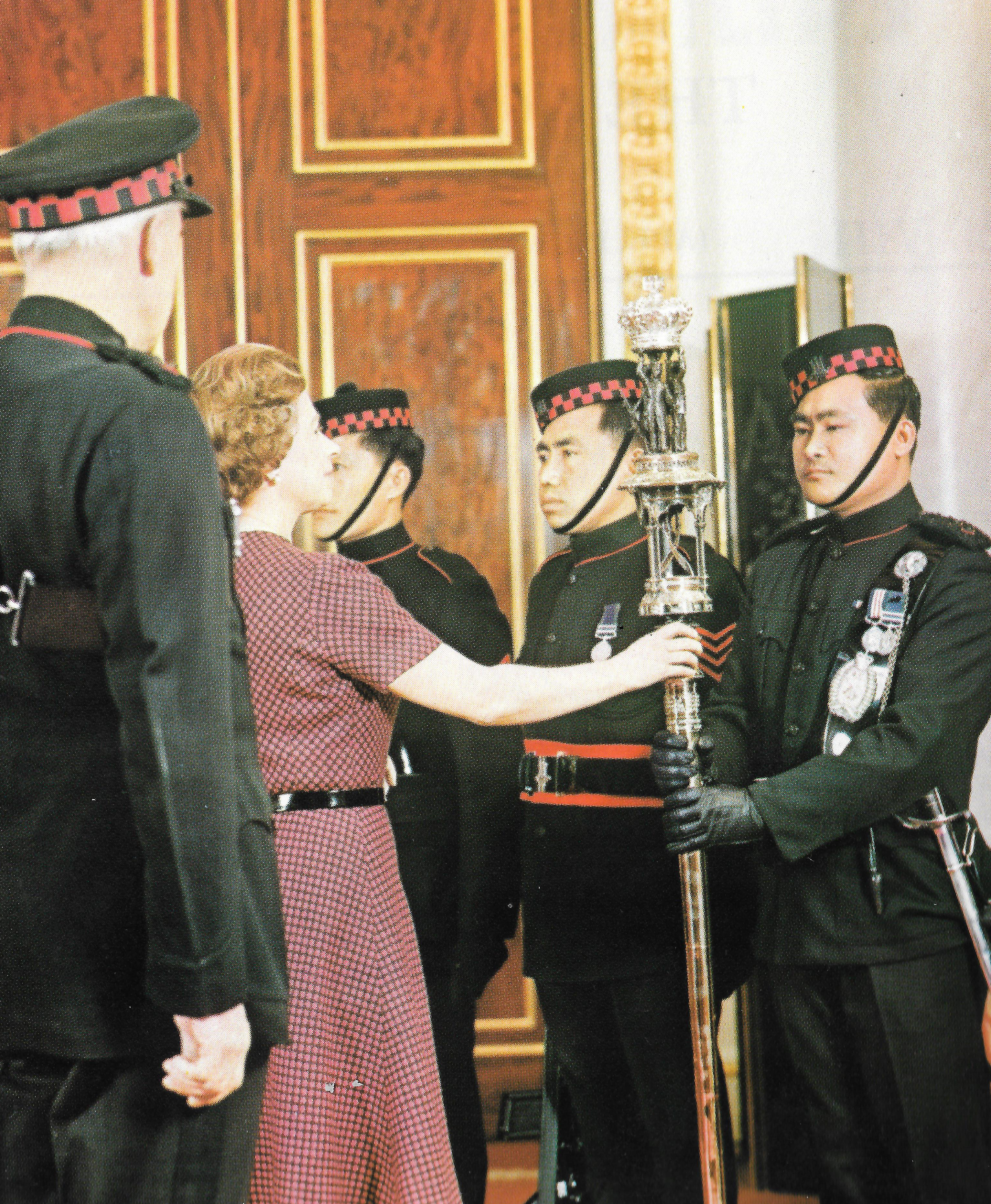 Her Majesty the Queen reviewing the Queen’s Truncheon in 1975.  For the occasion she wore a dress in the red and black diceboard colours of the Regiment.