Honorary Captain Tikajit Pun MBE OBI IDSM died in Paklihawa at the age of 72. He had joined the 1st Battalion in 1925, was commissioned in 1937, served throughout the Second World War, including with the Chindits in Burma, and retired from the Army in 1961. 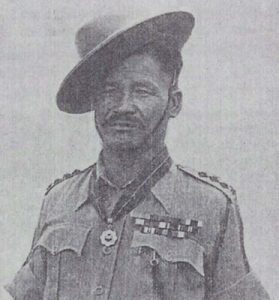 Tikajit Pun as a Subedar