His Royal Highness The Prince of Wales, Colonel-in-Chief of the 2nd Goorkhas, visited the 2nd Battalion at their barracks at Church Crookham. He was given a Regimental sword by the Colonel of the Regiment. 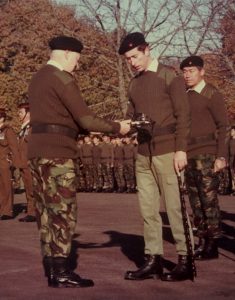