(This article has been extracted from the Queen’s Gurkha Engineers 2022 Journal. I’m most grateful to the Editor, Andy Gooch, for permission to reprint it here).

In 2021 I saw a post on social media from Lt Col Simon Townsend RLC, the current COS British Gurkha Nepal about a trip he had made to Dharan where he had visited the factory that makes the kukris for today’s Brigade of Gurkhas (photo below). Thinking this would be a story our readers would also be interested in I asked Hakaraj Rai (ex QGE Sgt and latterly GWS AWO) to visit and ask some questions. The following is a result of this visit. 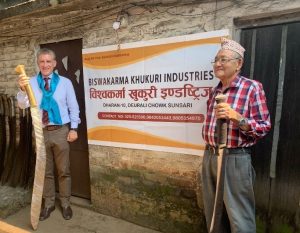 Sgt Tilbahaadur Biswakarma was visited at his residence on 14 March 2022 for short interview regarding Biswakarma Khukuri Industries which was established in 1990 (BS 2047) at 10 Deulari Chowk, Chatara Line, Dharan, Sunsari.

21149842 Sgt Tilbahadur Biswakarma was originally from, Ward 3, Khiji VDC, Okhaldunga and enlisted into the British Army in November 1958 from Paklihawa. He was the last batch to enlist there as the following year recruitment for the Eastern Section moved to Dharan. He served in 10GR and during his time in the British Army he served in Malaya, Hong Kong, Singapore, UK, and Cyprus during Turkish / Greek separation period. He was trained as an armourer where he learnt invaluable skills such as arc welding, soldering and sheet metal works.

After 19 years of service with Brigade of Gurkhas Sgt Tilbahadur Biswakarma retired in 1977 and joined the Gurkha Reserve Unit in Brunei the same year. His GRU number was 498, and his job was to once more look after all weapons. In addition he renovated the canteen and retired from his second career in February 1990.

When asked “Why he started this business in first place?” His answers were very heart touching. In the first place, brave Gurkhas are known across the world and synonymous with the Gurkha Soldier is the Kukri. But on other hand the Nepal Government did not shown any interest in improving the quality of kukris while at the same time India supplied low quality kukris to the Brigade of Gurkhas and other Regiments in India.

Sgt Tilbahadur Biswkarma opened his business with fear and trepidation in 1990 (BS 2047) and first started to supply the British Brigade of Gurkhas in 1992. He missed out on the contract for some years and resumed once again in 2018 and has been supplying ever since. He supplies 600 to 1000 a year.

He personally overseas all that is made in his factory and as well as kukris he also makes other items from iron such as machetes, reaping hooks, swords, Karda, Chakma and knives. They come in various sizes and he will make whatever the customer needs. 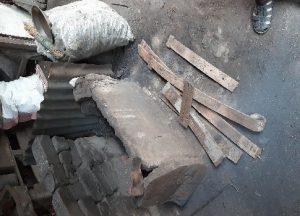 The main propose of the kukri is to cut wood and trees and he does good business with countries such as America, China and Japan through a Kathmandu export agency. Every year a few small kuuris are produced as showcase items and are decorated. The cost of the kukri depends on size and quality and ranges from Rs 2000 to Rs 3000 per item; a far cry from the 1990 price of Rs 200. 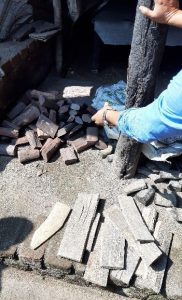 What is used to make the kukri? He purchases old vehicle suspension leaf springs at auction as they are best for the blade and easily available. Buffalo horns are supplied from Calcutta, India to make the handle. In addition silver soldering rods, brass, a special glue from the laaha tree and hard wood (for the handle (bhend) are needed.

How is the kukri made? Once all materials for the blade have been collected and weighed they are heated up and beaten into shape. The blade is dipped in water to temper it and give it the hardness needed to be the blade of a weapon. The hardness is checked by cutting iron and listening to the sound it produces. After thoroughly checking to ensure it is of the right quality either the wooden or buffalo horn handle is fitted and tied up with a brass ring and sliver soldering to hold it in place. Finally is it highly polished and placed in a leather sheath (the Daap), to keep the kukri, the karda (small knife) and the chakmak (sharpening knife) protected. It takes one skilled person a full day to make one kukri. 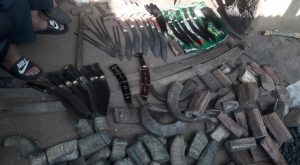 Sgt Tilbahadur Biswakarma acknowledged the debt he owes to the Brigade of Gurkhas for training him as an armourer as without this skill he would not be where he is now. 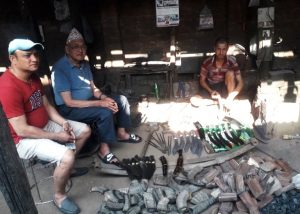 He acknowledged that making kukris is a caste and generational trade and went on to say he will continue to make high quality kukris until his last breath and that he hopes this tradition will continue as long as there is a country called Nepal.

He went on to say that his ambition is not limited to his Kukri Industries business as he also wants to elevate the level of education in Nepal. To help realise this dream he has established two English Boarding Schools in Dharan. The first is the Shree Satya Shishu Niketan Secondary Boarding School which takes children from Nursery to Class 10 (age 16) Already 15 classes have passed through and attained their School Leaving Certificate (SLC). The SLC is equivalent to UK GCSEs. The second school is the Shree Gyan Niketan Primary English Boarding which has classes from Nursery to Class 6. 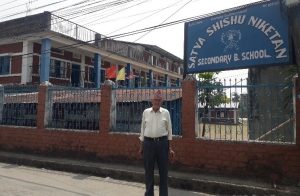 Sgt Tilbahadur Biswakarma is the Director of both schools and two of his sons help to run the them. His 3rd son, Khargen is helping him to run the Kukri Industry while is first son is working in Hong Kong. There are no shareholders invested in the school and he built the Secondary School on his own land. All he has earned has been invested in these schools.

A lot of Nepalis assume Nepal is a place of tremendous prosperity, technology and naturel sources (like it is in Japan), where highly educated people are the norm and who have many opportunities for innovation. 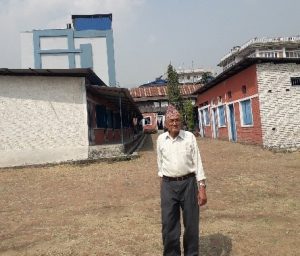 But for many Nepali’s their dream is focused on joining the British or Indian Armies or working overseas as labourers. With this in mind Sgt Tilbahadur Bisawkarma took these remarkable steps to provide a job and keep his sons in Nepal. His last message to ex-bhupus or serving soldiers is to come up with ideas for new businesses or industries so that the next generation can innovate too and become self-employed and then keep their children busy too. 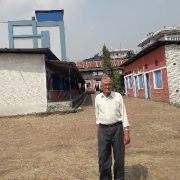 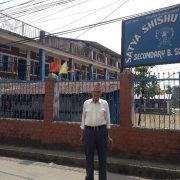 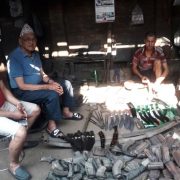 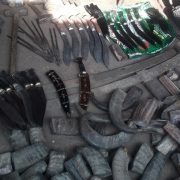 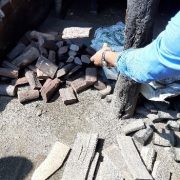 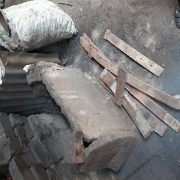 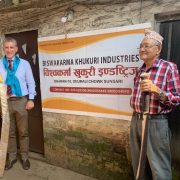 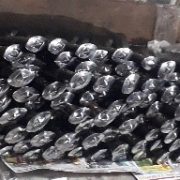