Some time ago, out of curiosity, I ordered a copy of ‘Ayo Gorkhali, A History of the Gurkhas’ from the publishers in Chennai. It arrived too late to be reviewed in this year’s Sirmooree but I offer my views here in case you are thinking of buying or reading it. A quick summary of what I’ve written below is ‘don’t’.

The first half of the book, a potted history of Gurkhas, has been compiled from other popular histories. The rest consists of 14 chapters on Gurkha-related topics such as ‘The Gurkha Justice Campaigns’, ‘Gorkhas in the Indian Army’, ‘The Effects of Gurkha Recruitment Policy in Nepal’, ‘The Gurkha Women – Heroes or Victims?’ and ‘My Time in the Brigade as a Gurkha Soldier’. These contain some interesting snippets of information in much the same way as Reader’s Digest does, but they lack of both a unifying narrative theme and meaningful analysis makes them no more than a random collection of factoids and opinions drawn from a small, idiosyncractic range of sources and the author’s prejudices. This makes it difficult to know what information to trust. For example, it is probably correct that men in the pre-1815 Gorkhali Army were rewarded with land grants (‘jagirs’) and the tax revenues that went with them rather than being paid a wage or salary. On the other hand, it is hard to believe that Gurkha wives ‘…..in saris guarded the beaches in Malaysia with Bren guns while their husbands were fighting in the jungle in the 1960s’ – although, who knows, that may be true. Poor proof-reading detracts from the credibility of the contents too: ‘Tucker’ instead of ‘Tuker’ and ‘AG Peterson’ instead of ‘AG Patterson’ are just two egregious examples among many. A better editor would also have chosen the pictures more wisely: amateur snapshots of the author at various locations with a Gurkha connection do little to promote or enhance the Gurkha story.

I have no wish to be elitist, snobbish or patronising, but I am sure I shall come across as all three if I say that the book has the hallmarks of an author who has never been taught how to write (as opposed to assemble) such a document. Tim Gurung was a Corporal in 6GR. He left in the 1993 drawdown after 13 years’ service, with a pension. I took command of 6GR that year in Brunei but do not remember him, probably because he was by then employed as an Education Instructor at TDBG in Hong Kong and so we never met. He explains quite candidly that he did not feel at home in the military, being more interested in reading and the wider world than developing the traditional martial and sporting qualities of a Gurkha soldier, but I imagine being made redundant was nevertheless a blow. The blurb for ‘Ayo Gorkhali’ says that in civilian life he was first a businessman and latterly has been a writer, producing 15 novels. Some are available in English. After reading one or two summaries on his website (http://www.timigurung.com) I won’t be rushing out to buy any, but I am pleased for him if they are selling well.

In his introduction the author airs the dilemma he faced of either trying to write a book encompassing the huge amount of material about Gurkhas he collected or simply giving up on the project. It does not seem to have occurred to him that there was a third option of choosing a narrower theme that would support whatever points he wanted to make (and it is far from clear in this book whether he had any). He has therefore tried to cram several books’-worth of diverse information into one relatively small volume, with the predictable consequence that none of it has depth or breadth. The constant rumble of bitterness and resentment in how he writes, which can in some circumstances provide an ‘edge’ to someone’s writing, is no substitute for this lack of purposeful structure, for three reasons. Firstly, it is undifferentiated: he criticises almost everything, with the exception of the anonymous paragon ‘The Gurkha soldier’. Secondly, his criticism lacks teeth because it is ambivalent and non-specific: he finds fault with organisations (‘The Nepalese Government’, ‘The British Army’) and generic groups (‘Gurkha/British Officers’ or ‘NCOs’), but then praises them and individuals belonging to them. Thirdly, there is little purpose or substance to his criticism: it is many years since he was made redundant and by now he should have come to terms with it, particularly after pursuing successful second and third careers; perceived historical injustices were almost all decisions taken in very different contexts to today’s, and many, such as dismissing soldiers without a pension after only a few years’ service during World War II, have been addressed – in that particular case proportionately if not wholly satisfactorily from the point of view of the recipients, by welfare pensions; more recent grievances about pay and conditions have been very generously remedied; and the partnership between Britain and Nepal in relation to Gurkhas is no more and no less expedient and flawed than all such bilateral arrangements.

In conclusion, I find it hard to recommend ‘Ayo Gorkhali’ to other readers. The last chapter of the book begins with the words ‘One thing that I have learned during the course of researching this book is this: the only thing that the Gurkhas want to hear is the story of Gurkha bravery and nothing else’. If the author had followed this insight to its logical conclusion – namely writing a book for Gurkhas about Gurkha bravery – then it would probably have been a lot more interesting and inspiring than the one he eventually produced, which lacks both aim and focus. I understand from his website that a Nepali edition may be in the offing. If it is, I hope it finds favour with a Gurkha and wider Nepalese readership, although I imagine many will identify the same flaws as I have in the English version.

It is not an expensive book, but with the benefit of hindsight I wish I had spent the £8.50 on a half-decent bottle of wine instead. Such is the cost of curiosity….

Photos related to first comment below from Major Sudan Dewan: 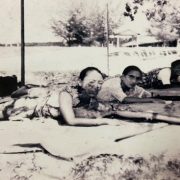 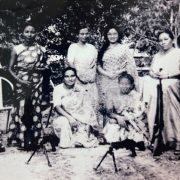 1 Comment on Review of ‘Ayo Gorkhali’ by Tim I Gurung